A melancholic platformer Metroidvania game that follows a child made out of sugar. The different states of sugar are an allegory to her childhood. the game takes place in a rich fantasy world that takes inspiration from Moroccan architecture and costumes.

Guide Shezif, a child with an unknown origin and an uncertain future in the deep corridors and different areas of the white tower, a huge monolith harboring a mysterious lunar cult and a unique magical power.

This is a demo of a game that is being developed in which an intimate, melancholic, and feminine journey of self-discovery, secrets, and power take place.

This game is better with headphones and uses a keyboard.

This demo was made by Noga Doron as a graduation project at Bezalel academy of art and design.

This game was made with the Corgi engine  https://corgi-engine.moremountains.com/

I think you created a sneak peek into a very intriguing world, both visually and narratively. I loved the oriental influences in the design which gives the game a distinct look and feel.  The little information we get from the text and overall setting left me wanting to discover more about this world.

That being said, I also think you could improve on several things:

1. Character control - is at times non intuitive. For example when jumping after walking a few steps, the character launches vertically in the air. On the other hand, holding the walk key a moment longer allows me to propel the character forward after jump. This at times can feel frustrating since I couldn't always perform the desired type of jump. Another example is how when pushing a box off a platform, it's edge pushes the character high in the air, occasionally directly at enemies. This can get disorienting and frustrating

2. Items - I feel like finding items could be a bit more dramatic/exciting. For example I fell on the double jump item and it happened so fast I almost didn't register that I got an item (if it weren't for the text telling me I can now double jump). In zelda ocarina of time, important items are inside chests and opening them has a distinct animation sequence and sound that build anticipation (just an example, not saying you should add chests). Also, the staff that allows you to attack was not used to its full potential. Maybe the staff can be used to hit objects that help with puzzles? Say there's a rope holding a box in the air.  Hitting the rope to cut it would give you a box you can now use on the ground. Maybe the staff can be used to trigger switches that open doors? Maybe the staff can trigger hidden traps that would otherwise harm you? And so on and so on

3. Level design - I loved how you looped back to the starting position using the same rooms you could now access the higher platforms of after unlocking the double jump!

In general I liked how the experience flowed from room to room, I feel though the rooms became less interesting after getting the staff.

Thank you for sharing your game, it has some really good moments in it. Well done and congratulations on graduating! 👏👏👏

wow it magic! love that concept :)!

thank you very much! 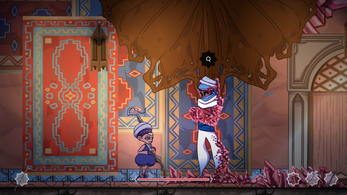 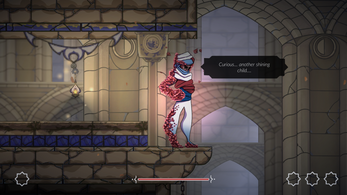 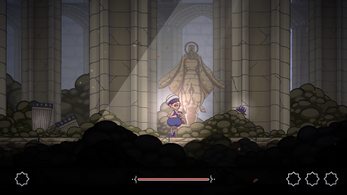 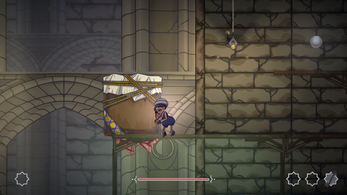 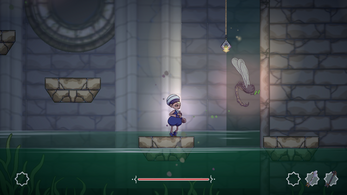 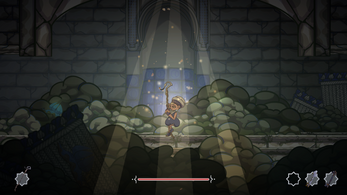